It's April. That's insane. So much is going on but I'm really going to try to get back to regular blogging...for real this time.

Next week marks 7 months since my ankle surgery, and it's only within the past few weeks that I've FINALLY felt back to 100%. PT started using iontopheresis on my foot, which is like being hooked up to a battery in order to force medication into the body. It sounds scary (and it sort of was the first time, being hooked up to electricity) but it is the first thing in 4 years of pain that has finally helped! Hooray!

Thanks to that I had my first major performance weekend post-surgery last weekend and it went well! It was our semiannual Performing in NY Showcase at Ailey, which I'm assistant director of. Not only was it a TON of work getting everything together (somehow these things continue to grow - which is wonderful! - but the work multiplies fast) but this was the first one of these that I was dancing as much as I was directing. I danced in the usual 2 ballet pieces my teacher puts together (excerpts from Raymonda and Sylvia this time), but I also did a new piece with Exit 12 Dance Company. AND I got the artistic pleasure of working on a piece with Australian aboriginal choreographer Ian Colless. What an interesting process! More on that in another post to come... 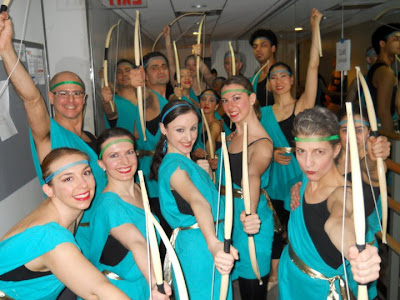 Now that that big show is done I'm onto the next big projects...

Next week I'm taking my Pilates mat certification exam! Providing I pass, I'll officially be certified this time next week :) I'm excited about that and have a few things up my sleeve to that end...I've also been teaching a regular floor barre class at Gold's Gym and have been subbing Pilates classes there. Teaching is growing on me more and more...

And the next big thing is my first lead role in a full-length story ballet! I'm super excited about this one...it's just with a small company called Ballet for Young Audiences - and obviously it's for kids - but the rehearsal process has really given me an opportunity to explore things I've never had the chance to. Also more on that in a post to come...the shows are the week of April 11-16, so it's getting close! Also in May I'm doing a new ballet with them also based on a poem about a water goblin :o

I'm also rehearsing with a modern choreographer as part of the Dance Theater Workshop studio series, which is also a fascinating process. It's not only physically challenging because I'm used to strict ballet, but it's an artistic challenge in the way we explore movement qualities. He's creating a solo on me that shows in June.

Also in June I'll be performing with a company I worked with last year - New American Youth Ballet - with live orchestra. And Exit 12 is working on performing on The Intrepid during Fleet Week. And I'm starting my reformer certification. And I'm trying for real to travel to Europe this spring/summer at some point. And I'm still working and doing workstudy. And I have a big article I wrote coming out this month in M Life Magazine, the custom publication of the MGM Hotels in Las Vegas.

There are even more things I've failed to mention but...as I post more I'll get into that more! Happy Back to Blogging :) 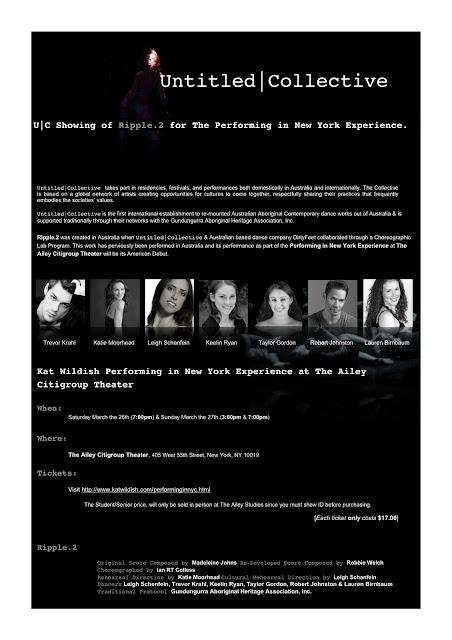 Love following your blog, thank you :)