Earlier this summer I made another dream come true - my first trip to Europe! I've been trying to go for several years now and for one reason or another things fell apart last minute. In June I finally had both time and money (at the same time) and treated myself to a two week trip. It was amazing!

I had very little time to hit all the places at the top of my list, so I only got a day or two in each place. I started in London. Here are a few photos from my dance sightseeing :) 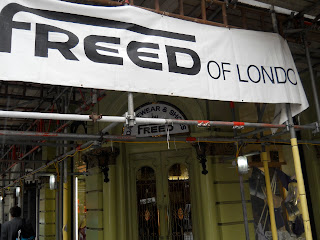 Even though we have Freed of London in New York (now 2 locations!) and I stopped wearing Freeds post-surgery, I still had to visit the main store while I was there! It's small and not unlike any NYC dance retailer but...you know... 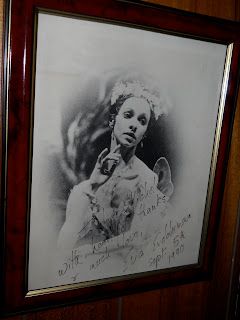 When I went to try on a leotard there, I saw that their fitting rooms had autographed photos from famous ballerinas who had been there. This was Eva Evdokimova, who passed away not too long ago. 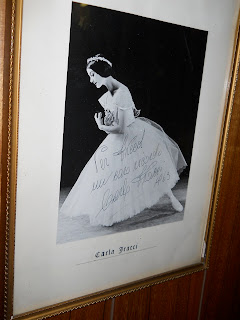 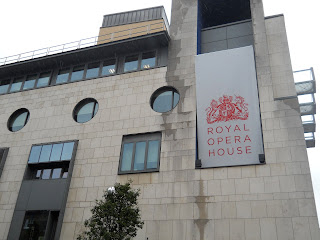 I really badly wanted to tour the Royal Opera House but didn't plan in advance (even though that was my #1 thing I wanted to do in London...stupid...) so the tour was sold out for both days I was in the city. Sad. 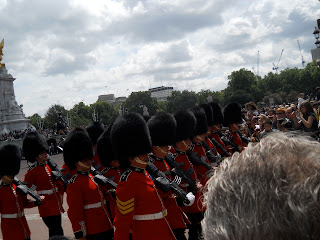 I did go to Buckingham Palace though. 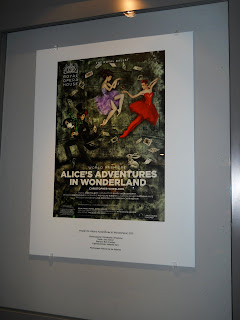 And saw a billboard for Wheeldon's recent new production of Alice in Wonderland at the ROH. 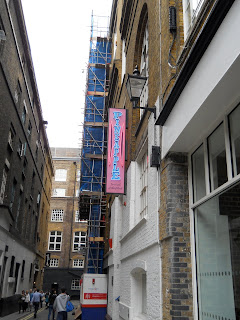 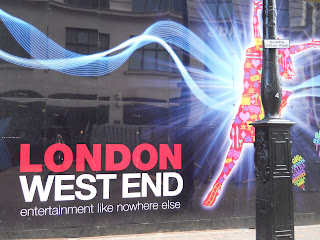 The West End had mostly all shows that are currently running in New York, but I went to see "Love Never Dies," the sequel to "Phantom of the Opera" that hits Broadway soon. 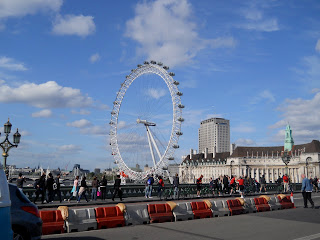 And then yes, there was the normal tourist sites. Here's the London Eye, though I didn't get to go on it. 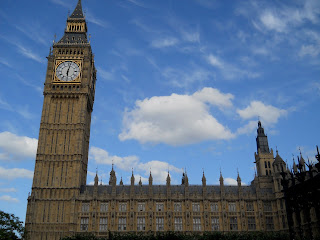 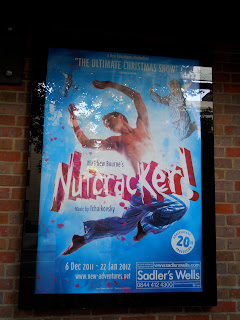 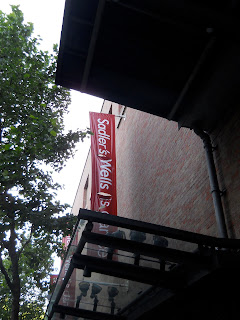 I saw a very avant-garde performance at Sadler's Wells. I mostly bought the ticket to see the theater :) 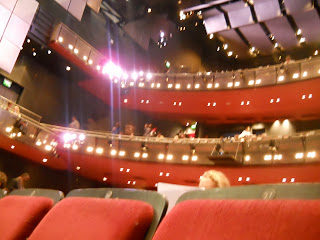 It's a cool space!
London reminded me very much of New York - a very walkable city with lots to see and do. I roamed the streets and got caught in the rain and did some shopping. It was smart to have my first stop be an English speaking place.

Photos from Paris and Italy coming soon!
Posted at 11:00 AM

It looks like you had a nice time in London. Two days is just not enough time. I am pretty sure that your photo labelled Westminster Abbey is actually the Houses of Parliament. Big Ben is the give away.

HA you are correct - changed the caption! Two days was not nearly enough...next time I'm hoping to go for much longer!