The Gift of the Stage

(This is my April column for my teacher's monthly e-newsletter I help put out. I have a bit more to blog about Sunday's performances but this must suffice for now...not much going on this week and yet I'm still too busy to blog!) 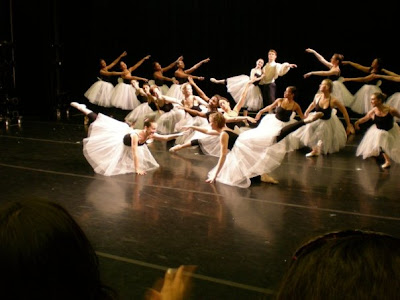 There is no greater gift to receive than the experience of being onstage.

When I was little I rarely asked my parents for toys or presents. On every bright star, birthday candle, or penny thrown into a fountain I wished for one thing: another performance opportunity. There’s something about giving all of yourself in moments of live theater. Any internal monologue goes mute and thoughts are misty. Music drives the movement. The warmth of the lights, the smile from within, the connection to the audience – bliss!

It’s scary to imagine that, especially with today’s economy and struggling arts world, such a chance is often reserved for the chosen few professional talents or young children in ballet school. But Kat has found a way around that with her student workshop performance series, which returned last weekend. And boy did she give us a lot!

This was our first student workshop in an actual theater (downstairs at the Ailey Citigroup Theater). In February 2008, our first showcase at Ailey had about 25 audience members in a studio and lasted maybe half an hour. It grew to include other dance groups from around the city in back to back performances. By November we had sold out two packed studio showcases almost weeks ahead of time. “It’s time we have a theater!” I complained to Kat at dinner afterwards. Doubtful, she told me maybe it would grow to that in 2-4 years. The next morning I got an email: “You dreams have come true. We got the theater!” Not only that, we sold out two full houses in advance.

As a dancer it was an honor to be a part this one, dancing in excerpts from Fokine’s “Les Sylphides” and Bournonville’s “Napoli” (my favorite) resulting from 3 months of weekly rehearsals with Kat and her fabulous “good cop” rehearsal assistant, Yuka. Besides us, the program included Les Ballets Grandivas and various small modern and theater dance companies. What is special about these performances, though, is that it’s NOT just for professionals! There is an optimistic, healthy, friendly, REAL atmosphere in working with artists who have a life outside the studio – bankers, food scientists, accountants, school teachers, and more. What a rich diversity of dancers to perform with! I’ve mentioned this before, but it’s an inspiration to dance alongside people with a genuine passion for dancing, in class as always, and in performance. 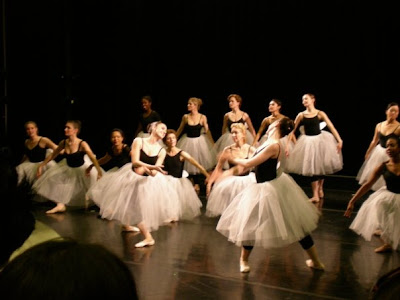 Though my time actually onstage is incomparable, what I enjoyed most about Sunday’s shows was assisting behind the scenes. From crafting those silly sylph wings, ordering last minute men’s shirts, and organizing the program names of 150+ cast members in advance, to running up and down collecting photo release forms ten minutes into tech, it was chaotic to say the least. But I love juggling and putting out fires before they happen.

I grew up with my family running their own dance studio with annual recitals each spring and was raised for about 15 years as the “assistant in training” to the directors. After watching my family (and now Kat) as role models for wearing many hats and doing so myself, it really came natural to me to step in to help as much as I could with this performance. I'm so very happy that I could contribute beyond what I give onstage, and I’m SO grateful for the opportunity to be part of both ends. Being involved in the production was a gift, from the theater, the audience, my fellow dancers, and from Kat. Thank you all! 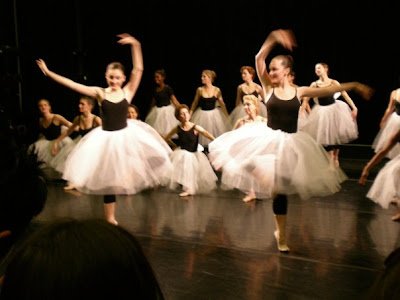 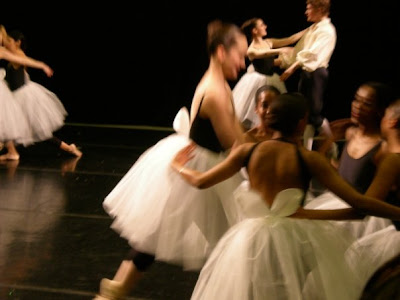 (official performance pictures/videos are not in yet, but these are stolen from friends of other dancers who snuck some shots during the show, haha. better ones to come - i hope)
Posted at 12:01 AM